It inspired me to build something similar, but instead of using the Pi as a security camera, I wanted to do some outdoor time-lapse photography. Here is an animated GIF that the Pi produced. I'm working on longer and higher resolution versions.

And here is the device itself, the "Lapse-Pi": 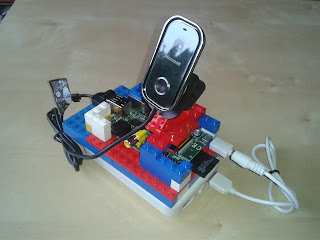 I used the following hardware to build it:

Below is a close-up of the battery. I've let my Raspberry Pi idle on it for around 24 hours before the juice runs out. 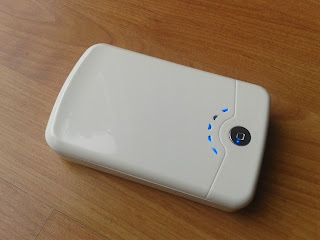 I've had lots of trouble getting webcams working on Linux, fortunately, the Microsoft Lifecam Show 2.0MP is UVC compatible. It was basically plug and play. I highly recommend getting a UVC compatible webcam. It will be almost guaranteed to work with your Raspberry Pi. See the Linux UVC driver webpage for compatible webcams.

On the software side I am using:

2. Mount your network share to store the time lapse images wirelessly. I use SSHFS, however you can use SAMBA, NFS, or whatever else you want.

3. Run streamer to capture the frames.

Some notes on the command line parameters:


4. On the server, convert the captured frames to an animated GIF using Imagemagick's "convert" utility

I have recently purchased a 4.5V OCV / 450mA SCC solar panel from eBay for about $20. I am in the process of figuring out how to charge the battery with it. If that happens then I can take time-lapses over multiple weeks and months rather than just 1 day. 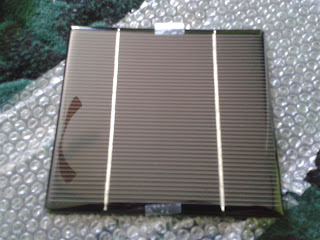 I also will be trying higher resolution time-lapses. The Lifecam Show is capable of 2MP or 1600x1200. And hopefully in October the official Raspberry Pi camera module will come out that will be capable of 5MP or 1080p at 30fps!
Posted by Himesh Prasad at 1:05 PM